"I am not a historian or politician," Peer says. "I am just an average guy, by chance born with a white skin and a view on the world. I believe our history defines our future, so I think we better do something about it."
Read more...

"I hope to enforce others the courage to find a way out, even life isn't always easy," Jacky says as she takes the reader into a world, where most people would have given up and let be.
Read more...

Dewa Soeradjana has eyewitnessed and been involved in several crucial incidents since the Indonesian independence in 1945. "I feel obliged to tell my story as believe in it is important for the generations to come to know their nation's true history," he says at age 77.
Read more...

“I am not a historian or politician,” Peer says. “I am just an average guy, by chance born with a white skin and a view on the world. I believe our history defines our future, so I think we better do something about it.”

Peer Holm Jørgensen was born 3 March 1946 in Aars, Denmark. He grew up in the capital, Copenhagen, and remote Vendsyssel in northern Denmark. Strongly inspired by the Danish explorers of the 50s Peer, at age 16, left home in the summer of 1962 to join the merchant navy as a messboy sailing long voyages to experience the world himself.

His encounter with foreign cultures, religions, customs and social life around the world, as well as being involved in one of the consequenses of the 1960s Cold War and its political power games, became deeply rooted in his way of thinking.

In the 70s he worked with HR and later Finance/Systems in the world’s leading shipping company before he joined the IT industry. From the early 1980s Peer worked as business advisor national and internationally. Since 2006 he has spent his time on writing.

His international debut took place in 2009 in Indonesia, as the first Danish author ever, apart from H. C. Andersen, the famous writer of fairytales. 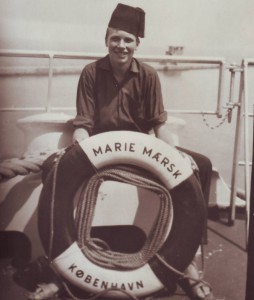 Peer, at age 16, September 1962, Port Said, Suez Canal.
17 of age he had been all the way around the globe for the first time. He continued to sail long voyages until July 1969 with those days Far East as his pivot.

Especially his experiences in Indonesia 1963-66 fostered a lifelong sense of belonging to the country and its people.

“I hope to enforce others the courage to find a way out, even life isn’t always easy,” Jacky says as she takes the reader into a world, where most people would have given up and let be.

She was born in Mombasa, Kenya, 1973, ten years after Kenya had become a sovereign state after having been a British Colony since the turn of the century. She is of the Luhya tribe, who origins from Western Kenya. She grew up on the coast of the Indian Ocean and in rural Western Kenya not far from Lake Victoria and the Ugandan border in an environment, where exchanging a teenage daughter for six cows wasn’t unusual.

Jacky, as she is called, was born as the second child into an average family life with a mother taking care of the house and the children and father working in a company to provide for his wife and two daughters. Even there wasn’t money for a luxurious life the family was doing fine. The family was Catholic by religion. However the religion didn’t play any major role in the everyday family life.

As she and her bigger sister were almost the same age the ties between the two were close and even playing with other kids, they spent most of their time together playing with each other and exploring the neighborhood. Always with Jacky in the lead.

The country’s independence created growing challenges for the population and for many it became a wish to be independent rather than being an employee. Jacky’s father decided to seek his fortune by establishing his own business in his home area in Western Kenya.

Jacky went to primary school in Mombasa and secondary school in Western Kenya and later Ngara Girls High school in Nairobi. Also she was engaged in the choir of the local church. 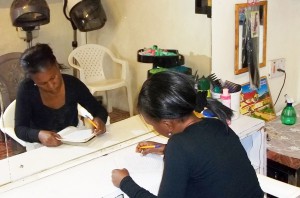 As an adult Jacky has made a living as a ladies hairdresser. Today she lives in the outskirts of Nairobi, the Kenyan capital.

Jacky was the first writer-to-be, who joined Isotia. She has her share in the establishing of Isotia Writing Concept.

Jacky wrote the first draft of her manuscript by hand in her salon, before she typed it in a cyber-cafe.

The Kenyan Pilgrim is the story of Jacky’s life.

It is her wish that her novels will show not only the conditions for living in post-colonial Kenya, but also will enforce others the courage to find a way out of perhaps hopeless conditions of life. 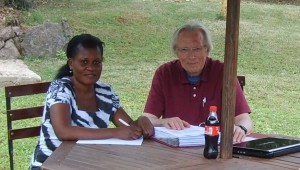 In September 2013 Jacky and Peer met for the first time ever. SInce they made contact in early 2007 all contacts had been on mail only, approximately 2.000.

Here they are at Wilderbeest Eco Camp outside Nairobi. In front of them is the first draft of “The Kenyan Pilgrim”.

“It was that day it got the subtitle “book one” as we realized more will follow,” says Jacky.

Dewa Soeradjana has eyewitnessed and been involved in several crucial incidents since the Indonesian independence in 1945. “I feel obliged to tell my story as believe in it is important for the generations to come to know their nation’s true history,” he says at age 77. 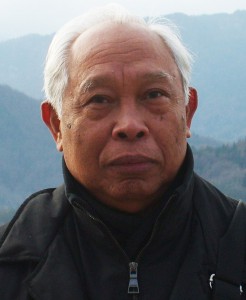 Dewa Soeradjana was  born in Bali 1938, in a village founded by his grandfather in 1926. He grew up in Bali and Malang, East Java, until he went to study in Bandung, West Java.

Already from the age of four Dewa Soeradjana has eyewitnessed and been involved in several important incidents in the modern Indonesian history with the planning to topple the Indonesian President Suharto in the early 1970s, as the highlight.
His amazing life is the source of “The Missing History”.

From early 1968  to late 1981 he worked at SAVA-Kranj in Slovenia. After 13 years he resigned to join a trading company, which among other products were dealing with spareparts for petro-petrochemicals as well as pharmaceuticals. The company was located in Klagenfurt, Austria. As commercial manager he  was responible for the company’s interests in Yugoslavia.

In 1990 he left the company to found his own trading company dealing with agency activities in pharmaceuticals, chemicals, food and cosmetics. This company was also in Klagenfurt, Austria. In 2007 he retired as General Manager.

During the years he worked in Klagenfurt he remained living in Slovenia, which after only ten days of war in the summer of 1991, succecfully had gained sovereignity from Yugoslavia. In 2004 Slovenia became a member of the European Union (EU).

Even though he has lived more than fifty years of his life away from Indonesia, Dewa Soeradjana has never given up his Indonesian citizenship, even he has been offered to.

Today he plays an important role in the relation between Slovenian and Indonesian business as well as cultural life.

Dewa Soeradjana is a Doctor in chemistry. On 7 July 1981 he defended succesfully his PdH thesis at the University of Ljubljana, Slovenia.

Ms. “Avala” the cargoliner on which Dewa Soeradjana and other students travelled to Yugoslavia to study in 1961.