“The Kenyan Pilgrim – book one” is the true story of a girl growing up with hope and defeat, tribe rules, ancient rituals and voodoo, with faith, love and violence. It is about bigamy, dreams of future of the grown-ups and about the neighbors son being stoned to death.

After a violent scene between her father and mother, the mother left the family leaving behind her two daughters in accordance with the tribe’s traditions.
A stepmother arrived and the new family moved to Western Kenya close to the Ugandan border. When settled Jacky witnessed her father’s dreams of a new and better life soon led into poverty and alcoholism.

Being afraid that her own future would get lost, Jacky confided her thoughts to the only friend she relied on.

The friend’s name was God.

It is morning. Jacky raises as usual, dresses in her school uniform, eats breakfast and prepare for going to school like any other day. But this morning it takes her a little longer to say goodbye to her younger half-brothers and half-sisters.

Outside the round mut-build hut she meets her father 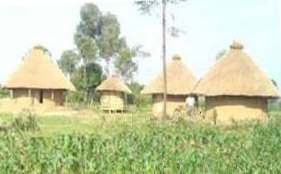 and stephmother. They are on their way to the laborious work in the field trying to secure the survival of the family.
“Hurry up, Jacky,” her father says, “otherwise you will be late for school.”
-“Yes, father,” Jacky answers, hangs the school bag on her thin shoulder and starts on her way without looking back.

She is 14 years old and has made the most important decision ever in her young life. 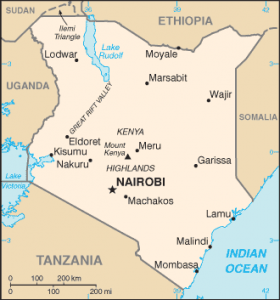 About Kenya:
At a conference in Berlin, Germany, in 1886, the colonial powers divided Africa between them. In 1888 Imperial British East Africa started economic development of the area we today know as Kenya and Uganda. In 1895 Britains protectorate was formed and officially named British East Africa. The colonization changed the life for the population. In 1963, after being ruled by a foreign power for 68 years, the Kenyans regained their independency with Jomo Kenyatta as their first president until 1978. However, the colonial area had seriously damaged the society.

“The Kenyan Pilgrim” series is the story of Jacky‘s life and reflects Kenya’s history.

Publishing rights in all languages and formats available at rights@isotia.com