It is a novel about what people are able to do at each other without wanting to, when a superpower in 1965 plays Russian Roulette with the Indonesian nation and its population. 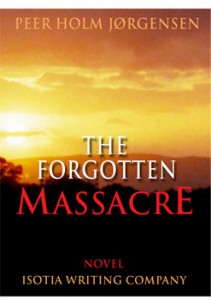 The Forgotten Massacre is a personal tale of dreams and friendships, love, affection and jealousy, strong mental relations, about naivety, guardian angels and faith in being able to cope with the impossible.

It is a novel, with parallels to our time. Is the present different from the past?

The action takes place in a combination of CIA activities and five young people trying to save each other from the massacre.

The Story: In the shadow of Paradise
In the summer of 1965 unrest simmers as so often in Indonesia. In the days after 30 September an action that should prevent a group of generals to take power develops into a merciless civil war between communists, Muslims and the army.

In the Ragnarok five young women and men, in the gap between teenagers and adults, are abruptly pulled out of their plans and dreams for the future.

Despite their widely different ethnic backgrounds, culture, political beliefs, morality, religion, and the lack of same, the five young people rely on each other to survive the massacre.

But can they trust each other in a civil war where many years of neighbors and friends are ready not only to inform against each other, but also to participate in the killing?

In the hope to survive.

The Germ: The truth not to be told
When the author, 19 years old, became involved in the events which the historians later dubbed “The Forgotten Massacre” he had no idea that the U.S. could have contributed to the mass killings … not until many years later when he read the following:

I have probably a lot of blood on my hands. But it is not that bad!
– Robert Martens, employed at the U.S.Embassy in Jakarta in 1965

The phrase was in an article written by Kathy Kadane printed in the New York Times. The article denied the U.S. involvement. “Robert Martens worked entirely on his own, without permission of any kind, it was clearly stated by officials.

… maybe. I don’t remember. Maybe we did it. I have forgotten.
– William Colby, director CIA, Far East Divison i the 1960’s

The truth that should be concealed is the germ of this novel.

The background: A liberator fails
The Indonesian president Sukarno, freedom hero from the uprising against the Dutch has lost his grip on the coalition of Muslims, communists and the military, whose internal strife he has used to keep himself in power.

This brings the nation into a coup and a counter coup. Six generals are murdered within a few hours. Without participating the Communist Party is blamed.

The army responds with a brutal slaughter of communists

U.S. welcomes the vengeance. Nobody knows that CIA stands behind and that an employee in the U.S. Embassy in Jakarta has provided the army with lists, right down to village level, of Communists and their sympathizers.

Soon the milestones Java are decorated with decapitated heads,

For the United States it isn’t merely an attack on communism. It is also their second major attack on the Muslim world.

Nordjyske – Marianne Cornett
07.01.2008 … breathtaking and dazzling good telling style… With “The Forgotten Massacre” Peer Holm Jørgensen has committed an excellent novel of suspense that is very difficult to put away before the last page has been turned.
Read the review in full (in Danish)

Politiken - Bo Tao Michaëlis
05.01.2008
… an appaling human document … but also sensitive as a novel of a young mans developement…
Read the review in full (in Danish) 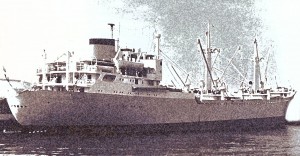 Arriving with the Arabian traders around 8th century and by the 15th century spread to most of the islands Indonesia today is the biggest Muslim society in the world; however not the only religion as 5 more are officially recognized by the governemt. Hereto there are about 245 non-official religions.

Modern Indonesia has recently started its journey towards its deserved positon in the world community.