“The Missing History” includes the true story of how a small group of generals, diplomats, scholars and others are planning to topple the Indonesian President Suharto in the early 1970s. 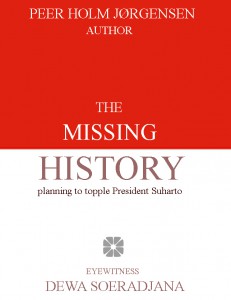 In 1945, seven years old, after escaping into the Balinese jungle, Dewa Soeradjana, his family and the rest of the villagers, watches how KNIL, the Royal Dutch-East Indies Army, and their Indonesian henchmen are burning down all their houses, destroying the crops and killing all the livestock, leaving nothing behind.

It is how Dewa Soeradjana‘s amazing life took off to culminate, when he in 1972, 34 years old, becomes involved in the planning to topple the Indonesian President Soeharto without knowing why.

In early 1974 the Indonesian President Suharto is handed a document from General Ali Murtopo, head of OPSUS, an extra-constitutional agency with broad and undefined powers. The document hints that a general with the initial S will attempt a coup détat in between April and June 1974.

The initial S meant General Soemitro, a distinguished army man, Commander of KOPKAMTIB, the Indonesian secret police agency for restoration of security and order, and by this the most powerful man in Indonesia, next to President Soeharto himself.

However, is it possible that the document, known as the Ramadi-document, refers to an incident, which took place already in June 1972, two years earlier than hinted?

But, if the coup was planned to take place already in 1972, how is it then possible, that the participants as generals, diplomats and high level civil servants continued to serve President Suharto and his regime, and some even were promoted to higher positions, in the years which followed? 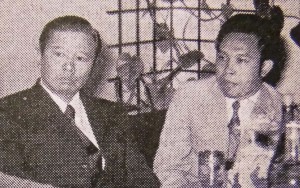 Based on Dewa Soeradjana’s personal story the book gives a valuable insight in the true Indonesian story from 1938 – 1972.

It is also the example par excellence  of how the will to will creates the possibilities.

“The Missing History is written by Peer Holm Jørgensen, the author of The Forgotten Massacre (Mizan 2009). As he believes in history defines the future, the book also provides an invaluable insight in history for the young Indonesian generations of today and those to come.

It may also set a new standard of public awareness, when it comes to the ruling power. 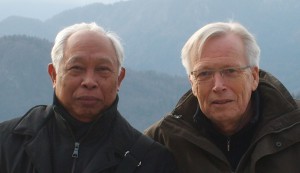 Dewa Soeradjana and Peer Holm Jørgensen met for the first time in December 2011 to lay out the story line of “The Missing History”. Here they are in Bled, Slovenia.

Arriving with the Arabian traders around 8th century and by the 15th century spread to most of the islands Indonesia today is the biggest Muslim society in the world; however not the only religion as 5 more are officially recognized by the government. Hereto there are about 245 non-official religions.

Modern Indonesia has recently started its journey towards its deserved position in the world community.