Back-log is a management novel based on the author’s own experience as head of a French company in crisis. It gives a deep insight into French social policy as well as the very special rules of the labor market. 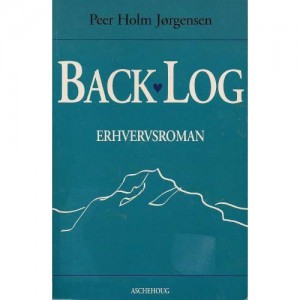 It is often said that businessmen in France are either already in jail or on their way to prison.

Of course it is a truth with modifications. Yet there is something about the talk and not only related to the cases of corruption that reach the international media, as in no other country a businessman is so exposed, unwittingly to violate the labor laws, which were thrown together over a short period of time after which they have been exposed to so many changes that begets a huge bureaucracy and even have made most of them contradictory.

Backlog is a dramatized true story about a French company in crises.

After submission of the manuscript the author himself was detained and interrogated with a sieve rights by the French Police.

Unfortunately the novel is published in Danish only. Rights can be required.

The story: An executioner’s dilemma

The 40-year-old Mikael Bekker is sent to France to resolve some seemingly minor problems in a subsidiary.

He notes, however quickly that the company is steering straight toward the abyss.

He is launching a though bail out plan, making him unpopular with both the management and among employees. Violating any code of professional conduct he falls in love with the daughter of one of the employees appearing on the list of those he will fire.

At the same time he must take a serious clinch with the French labor law that could cost the company its existence.

The novel portrays the professional and personal dilemmas Mikael Bekker goes through in his effort to save the company.